Welcome to the inaugural CompStak Courier, your one-stop shop for interesting CRE news for the week.

**NEW YORK CITY: Two Financial Firms Nab Leases at 437 Madison Avenue**
![437 Madison Avenue](http://res.cloudinary.com/compstak/image/upload/v1462566686/437_Madison_Avenue_q72ajq.png)
The hedge fund Harbor Spring Capital and the asset management firm Ospraie Management both signed leases at 437 Madison Avenue. According to CompStak, Harbor Spring is set to pay $88 PSF for just over 7,500 SQFT while Ospraie will pay $85 PSF for under 8,000 SQFT. Both firms are paying on the lower end of the asking rent ranges reported by the [Commercial Observer](https://commercialobserver.com/2016/05/two-financial-firms-each-nab-leases-of-over-7k-sf-at-437-madison-avenue/). **SAN FRANCISCO-BAY AREA: Lack of Demand from Large Tenants** 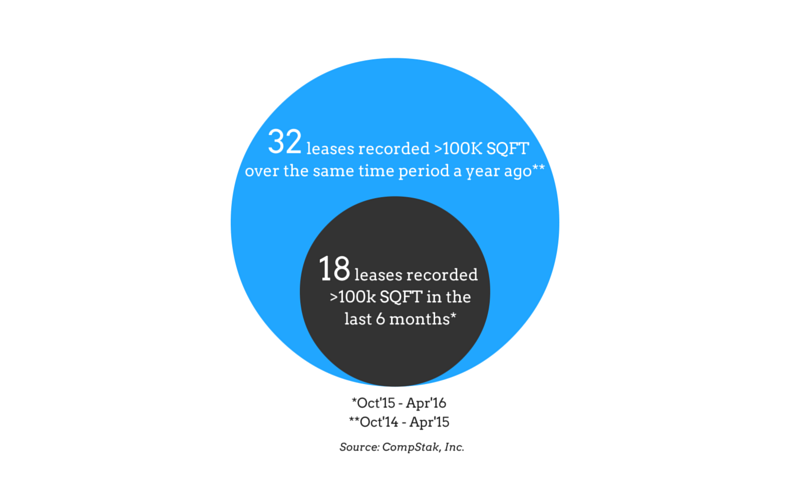 There has been a lack of demand from large tenants who want more than 300K SQFT in San Francisco according to a recent Bisnow report. CompStak data confirms this. In the last six months, there have been only 18 leases recorded over 100K SQFT compared to 32 leases over 100k SQFT over the same time period a year earlier. 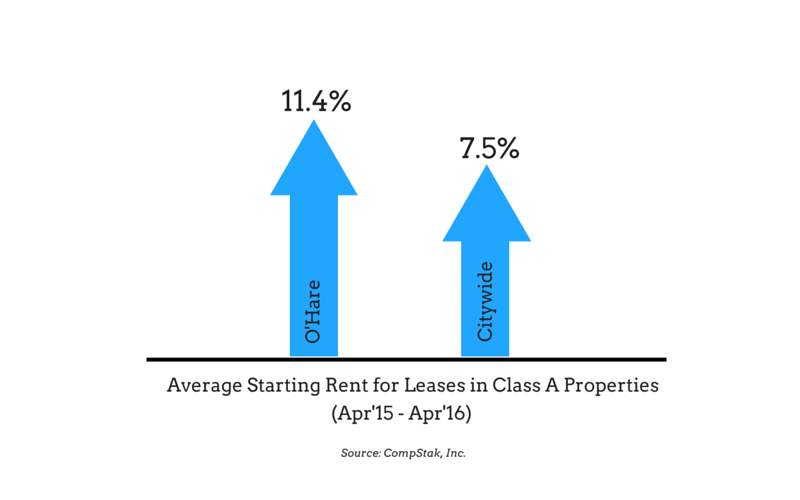 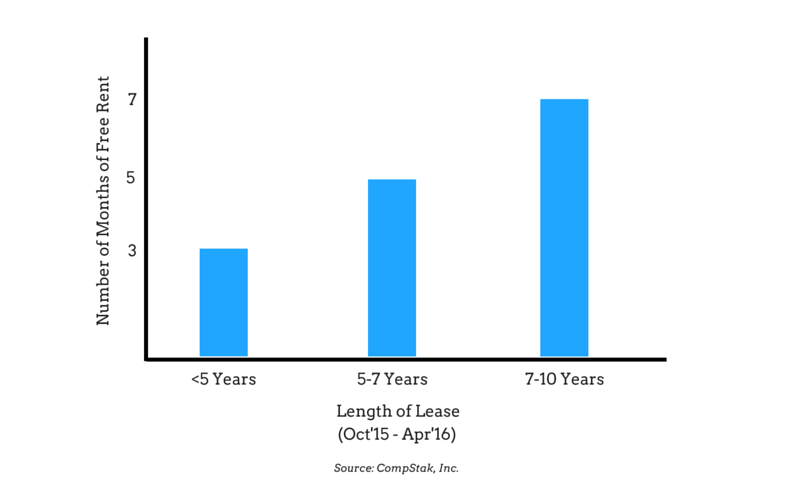 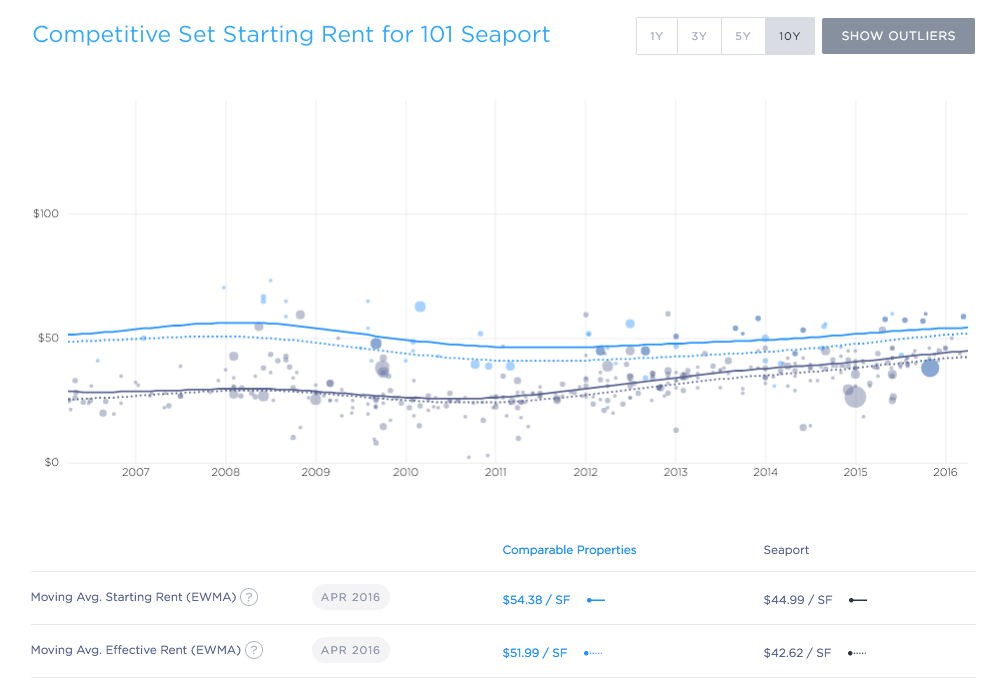 Union Investment Realty of Germany recently purchased 101 Seaport for $452 million. The office tower is 17 stories with more than 440K SQFT. The purchase does not include the ground floor retail space, where vegan restaurant by CHLOE will open this summer. With such a big price tag, CompStak looked at the leases underlying the asset and how they compare to its competitive set. In a more recent deal in Q4 2015, PwC took nearly 80% of the leaseable space for $38 per square foot over 15 years. CompStak data suggests that $38 PSF is lower than market average, probably due to the large deal footprint and the triple A credit tenant. In comparison, the starting rent average for the competitive property set and the Seaport submarket are $53.90 and $48.78 respectively.

**LOS ANGELES: Watt Companies Signed New Leases at Century City**
![LA](http://res.cloudinary.com/compstak/image/upload/v1462562847/Century_City_s_Watt_Plaza_sushdm.png)
Watt Companies [signed 75,000 SQFT in new leases](http://therealdeal.com/la/2016/04/27/watt-plaza-closes-33-million-worth-of-new-leases/) at 1875-1925 Century Park East. The deals amount to around $33 million in rental income. According to CompStak, the average starting rent for these new leases is $44.42 PSF annually and range from four to 10 year lease terms. Compared to the rest of the West Los Angeles submarket, Watt Plaza is underperforming with an average rent per square foot of $3.43, around $0.60 less than the rest of submarket.