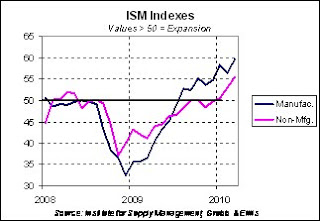 I haven't posted Bob Bach's Good News Friday in awhile, but this is a pretty good one, so I thought I'd pass it on:

Maybe it’s just that spring has arrived along with its sense of rebirth and optimism (especially for Cubs fans, whether it’s warranted or not), but it really seems like the news keeps getting better.

Lastly, if you can’t quite believe that all this good news is for real, take a look at this article in today’s New York Times on why people remain skeptical about the recovery. Economic weak spots persist, but psychological and political factors are at work, too.