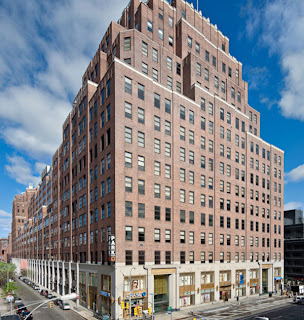 Reposted from my post on the Grubb & Ellis National Data Center Practice Blog.

Back in September, when 111 Eighth Avenue – one of the world’s premier carrier hotels was up for sale, I mentioned in a blog post that “an astute purchaser [of the building] will see the inherent value in great tenants with excellent credit (like Google), and data center tenants.” I did not predict at the time that Google itself would purchase the building. Now that Google has purchased the building, and has shown its intent to expand its presence in the building as quickly as possible, many of our clients have asked us what Google intends to do with the building’s data center tenants.

Google has not had much to say on this topic other than a statement from CEO, Larry Page:

“I think our primary reason for purchasing the building there was not the Internet infrastructure there but rather the office space that we really enjoy using. The Internet tenants are great, well-paying tenants. We appreciate having them there, but that’s not the primary reason why we purchased the building.”

What we do know, as we reported in our last New York Metro report, and was further reported by Datacenter Dynamics and Seeking Alpha, is that Google has taken all available space in 111 Eighth Avenue (aside from retail space) off the market. We have heard rumors that current tenants without renewal options have received letters from Google indicating that they should not expect to renew in place, and real estate industry sources claim that Google tried unsuccessfully to buy Nike out of its sixth floor lease. We have also heard from a data center tenant in the building, that the company received an ultimatum to the effect of – we will let you renew your POP space if you agree to terminate your office space early.

The jury is out for the future of data center tenants, but it certainly appears that new data center users and expanding tenants will not have any options in the building. So, this leaves me wondering, if I were Larry Page (oh if only!), what would I do?

The short answer is, that I would let the data center tenants stay, albeit at very high rents. In explaining this to a colleague, I started by attempting to explain “latency,” “hops,” and 111 Eighth’s place in the Internet’s infrastructure as an “ecosystem” of carriers and networks. He replied, “so it’s sort of like the Grand Central of the internet?” I love this analogy.

If you compare 111 Eighth Avenue to New York City’s public transportation system, the building is like Grand Central, Penn Station and the Port Authority combined. If Amtrak purchased Penn Station, it wouldn’t kick out New Jersey Transit and the Long Island Railroad, because so much of the value in the building is the ability to easily connect from one form of transportation to the other. If Amtrak didn’t want to lose the commuter business that goes through the building, it would have to provide the same services that New Jersey Transit and the Long Island Railroad provide.

In the same vein, if Google wanted to kick out XO, Abovenet, Telx and others, it would need to get into the interconnection business (to a much larger extent than it already is). This is certainly possible, but not highly likely. What I believe is more likely, is in the event that Google wants/needs the space occupied by data center tenants, it will allow these tenants to keep their Points of Presence to maintain the building’s ecosystem. What these tenants may lose, is their office space and perhaps some colocation space. It’s like leaving the railroad tracks, but getting rid of the “waiting rooms, concessions and ticket desks.”

In my next post, I’ll touch on how other data center operators and landlords are looking to create “The Next 111 Eighth Avenue,” and where the opportunity lies in New York City.