WSJ featured us in its What's the Deal section today! Excited! 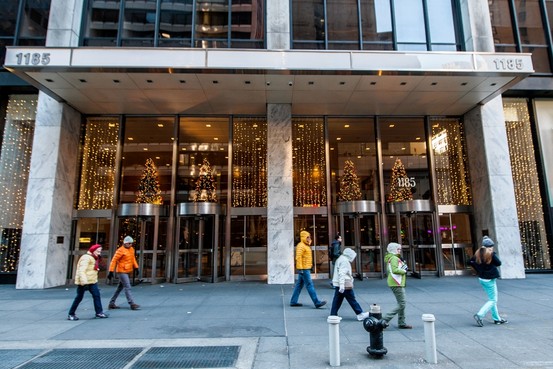 Owner of Many Buildings Goes Elsewhere for Space

The estate of Sol Goldman owns hundreds of buildings in New York.

But when it came to their own office space, Mr. Goldman's heirs have subleased space from oil company Hess Corp. HES +0.46%

Solil Management, the company that manages the assets of the late real-estate mogul and is now run by his daughter, Jane Goldman, has taken the 10th floor of SL Green's 1185 Sixth Ave. in a 14-year sublease.

The late Mr. Goldman started assembling his property portfolio in his teens during the 1930s, and at one point, owned the Chrysler Building and the Stanhope Hotel. 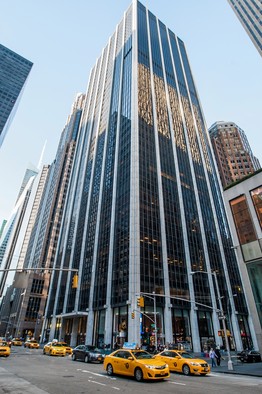 The exterior of 1185 Sixth Ave. Peter J. Smith for The Wall Street Journal
The company he built, which is known for holding on to its properties and rarely selling, has had offices for the past 24 years at 640 Fifth Ave.

Norman Bobrow, president of tenant-only brokerage firm Norman Bobrow & Co., said he was hired by Ms. Goldman to find Solil more space because it is growing, with the next generation of the Goldman family entering the business.

None of the buildings owned by Solil Management were suitable for the firm to occupy because they are primarily smaller spaces, said Mr. Bobrow.

Hess, which occupies six additional floors in the building, has 14 years remaining on its lease.

Mr. Bobrow, who worked on the deal with colleague David Badner, a senior director, said Ms. Goldman had been working with another firm to find her space for six months before she came to him.

"She wanted an A-class building at a C rental, but not every tenant has to pay full price," said Mr. Bobrow of Ms. Goldman.

Mr. Bobrow said the deal included a free-rent package of 15 months. Asking rents at 1185 Sixth are $70 a square foot.

Ms. Goldman tried to negotiate deals at two other Midtown properties, but those buildings couldn't be as competitive as 1185 Sixth, said Mr. Bobrow.

Typically sublease tenants get a discount in the 10% to 20% range, says Noam Shahar, Compstak's research director.

But the space also was a natural fit for Bank of Montreal because it already was in the building.

If the bank wants contiguous space, "it doesn't have many options," Mr. Shahar said.